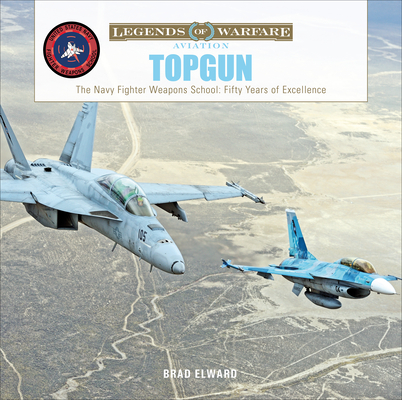 This is book number 35 in the Legends of Warfare: Aviation series.

This book provides a unique, illustrated history of the US Navy Fighter Weapons School's 50-year history. Currently located at Naval Air Station Fallon, Nevada, TOPGUN was formed in late 1968 at Naval Air Station Miramar, California, to create a graduate-level course in fighter tactics for Navy pilots deploying to Vietnam. Before TOPGUN, Navy F-4 Phantom II fighter crews in Vietnam managed only a 2.5:1 kill ratio versus Soviet-built MiG-17 and MiG-21 fighters: after TOPGUN formed, the community tallied a 12.5:1 kill ratio. Since then, TOPGUN has become the standard-bearer of Navy fighter and strike fighter tactics and training and is recognized worldwide as a center of excellence. TOPGUN's tactics and pilot training are explained, as well as changes and developments throughout the years to the present day. All aircraft flown at TOPGUN since its founding are also shown, including A-4 Skyhawk, T-38A/B Talon, F-5E/F Tiger II, F-16N Viper, F-14A Tomcat, F/A-18 Hornet, F-16A/B Falcon, and F/A-18E/F Super Hornet.

This feature require that you enable JavaScript in your browser.
END_OF_DOCUMENT_TOKEN_TO_BE_REPLACED

This feature require that you enable JavaScript in your browser.
END_OF_DOCUMENT_TOKEN_TO_BE_REPLACED

This feature require that you enable JavaScript in your browser.
END_OF_DOCUMENT_TOKEN_TO_BE_REPLACED