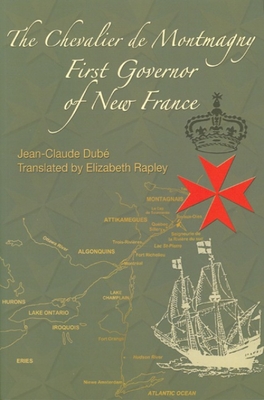 In The Chevalier de Montmagny, Jean-Claude Dub documents the extraordinary career of Charles Huault de Montmagny, first governor of the colony of New France. Born in Paris in 1601, and educated by the Jesuits, Montmagny studied law at the Universit d'Orl ans, joined the Order of Malta, and enjoyed a colourful career as a Hospitalier privateer in the Mediterranean, before arriving in New France in the spring of 1636.

While Montmagny wasted little time in applying the experience he gained fighting the Ottoman Turks to New France's disputes with the Iroquois, he has also been credited with playing a key role in both ensuring the survival of the colony and the entrenchment of a religious elite. His exploits caught the imagination of Cyrano de Bergerac, who later cast Montmagny as a character in his novel L'autre monde.

This well-documented study - which in its original French edition was shortlisted for the Governor General's Literary Award in 1999 - adds an important dimension to our understanding of the social, religious, and political history of New France.

This feature require that you enable JavaScript in your browser.
END_OF_DOCUMENT_TOKEN_TO_BE_REPLACED

This feature require that you enable JavaScript in your browser.
END_OF_DOCUMENT_TOKEN_TO_BE_REPLACED

This feature require that you enable JavaScript in your browser.
END_OF_DOCUMENT_TOKEN_TO_BE_REPLACED