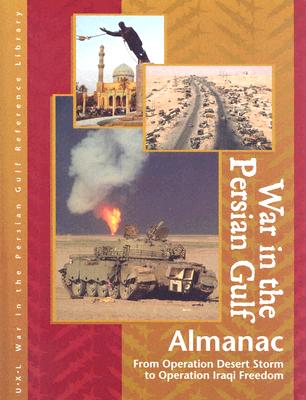 Triggered by its invasion of Kuwait, Iraq was pitted against a 32-nation coalition of forces commanded by Gen. NormanSchwarzkopf, whose air attacks led the way for a ground war thatmet with success in less than four days. Although the coalitionwas victorious, Saddam Hussein held on as president of Iraq."Persian Gulf War: Almanac and Primary Sources "coversthe pre-war events; Operation DesertShield, the U.S. effort to prevent anIraqi invasion of Saudi Arabia; andOperation Desert Storm, the conflictthat ended in the Iraqi defeat andthe liberation of Kuwait.

This feature require that you enable JavaScript in your browser.
END_OF_DOCUMENT_TOKEN_TO_BE_REPLACED

This feature require that you enable JavaScript in your browser.
END_OF_DOCUMENT_TOKEN_TO_BE_REPLACED

This feature require that you enable JavaScript in your browser.
END_OF_DOCUMENT_TOKEN_TO_BE_REPLACED