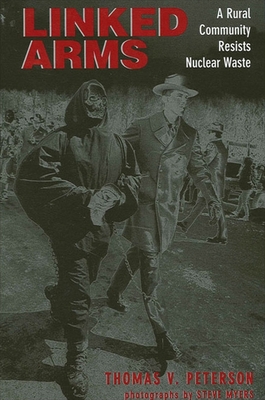 Through character development, snappy dialogue, and vivid scenes, Linked Arms tells the story of a rural people's successful struggle to keep a major nuclear dump out of Allegany County in western New York. Five times over a twelve-month period hundreds of ordinary people--merchants, teachers, homemakers, professionals, farmers, and blue collar workers--ignored potential jail terms and large fines to defy the nuclear industry and governmental authority by linking arms in the bitter cold to thwart the siting commission through civil disobedience. The hearts and minds of the resisters emerge in the narrative, as we find out why these people found civil disobedience compelling, how they organized themselves, and what moral dilemmas they addressed as they fought for their convictions. While becoming more engaged in the resistance, they confronted critical issues in contemporary America: democratic decision making, environmental policy, legal rights, corporate responsibility, and the technology of nuclear waste. Some of the book's highlights include: conversations that took place between Governor Cuomo, Assemblyman Hasper, and the protestors, which thoughtfully probe who should bear the financial burden of a failed and dangerous technology; the scientific and technological issues discussed between Ted Taylor, a nuclear physicist who was one of the key people in the Manhattan project, and the leaders of the resistance; and the citizens' initiation of a lawsuit that eventually reached the Supreme Court and abrogated the central provision in the 1987 congressional law that mandated states build low-level nuclear dumps across the country. These dialogues and vignettes illustrate how the civil disobedience and dogged determination of the people of Allegany County changed the course of history.

Thomas V. Peterson is Professor of Religious Studies at Alfred University and the author of Ham and Japheth: The Mythic World of Whites in the Antebellum South.

This feature require that you enable JavaScript in your browser.
END_OF_DOCUMENT_TOKEN_TO_BE_REPLACED

This feature require that you enable JavaScript in your browser.
END_OF_DOCUMENT_TOKEN_TO_BE_REPLACED

This feature require that you enable JavaScript in your browser.
END_OF_DOCUMENT_TOKEN_TO_BE_REPLACED