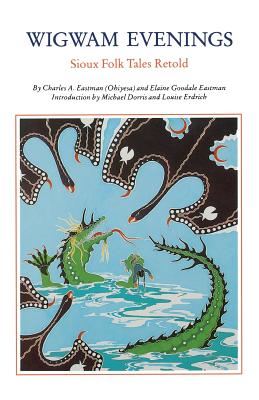 "Charles Eastman, in collaboration with his wife, Elaine Goodale Eastman, has assembled in this collection a composite, condensed sampling of his tribe’s values, and presents them in a language that is at once direct and engaging. To say these allegories are ‘wise’ begs the question; they are the distilled conclusions of generations upon generations of Plains society and point to the essence of what it is to be a decent, thoughtful, respectable human being—a Sioux Tao told in prose a child of any culture, of any time, can comprehend."

Charles A. Eastman (Ohiyesa) (1858-1939) was a mixed-blood Sioux who became one of the best-known Indians of his time. He earned a bachelor's degree from Dartmouth and a medical degree from Boston University. From his first appointment as a physician at Pine Ridge Agency; where he witnessed the events that culminated in the Wounded Knee massacre, he sought to bring understanding between Native and non-Native Americans. He wrote eleven books, some, such as Sister to the Sioux (also available as a Bison Book), in collaboration with Elaine Goodale Eastman. His From the Deep Woods to Civilization: Chapters in the Autobiography of an Indian, Indian Boyhood, Indian Heroes and Great Chieftains, Old Indian Days, and The Soul of the Indian: An Interpretation are all available as Bison Books.

This feature require that you enable JavaScript in your browser.
END_OF_DOCUMENT_TOKEN_TO_BE_REPLACED

This feature require that you enable JavaScript in your browser.
END_OF_DOCUMENT_TOKEN_TO_BE_REPLACED

This feature require that you enable JavaScript in your browser.
END_OF_DOCUMENT_TOKEN_TO_BE_REPLACED