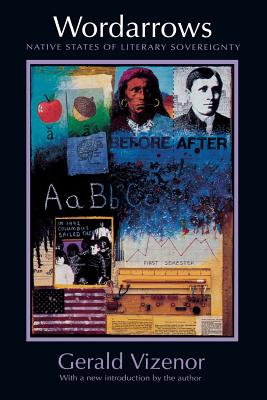 With wry humor and imaginative acuity, noted writer Gerald Vizenor offers compelling glimpses of modern Native American life and the different ways that Native Americans and whites interact, fight, and resolve their conflicts. The elusive borderland between white and Native American cultures is further complicated by exchanges of money, services, language, and skills that make up what Vizenor calls the “new fur trade.” When Native Americans resist dominance, they fight back incisively and creatively with humor in the strategic word wars of survivance over victimry. Vizenor illuminates the troubling encounters and distant reaches of this modernist fur trade through his creative narratives. Especially memorable is the reincarnation of General George Custer as the head of Native American programs and the mystifying play of words between charity agencies and Native Americans. Several of Vizenor’s stories focus on a so-called urban reservation, Franklin Avenue in Minneapolis. In the last section Vizenor recalls his experiences and observations while reporting on the murder trial of a young Native American student, Thomas White Hawk, in South Dakota.

“Wordarrows is a milestone in the campaign to make traditional native culture a relevant part of modern life. It represents one man’s attempt to be both meaningful and honest in using his tribal past.”—Antioch Review

“Penetrating and thoughtful, this book has value for the student of the psyche of the contemporary American Indian.”—Choice

This feature require that you enable JavaScript in your browser.
END_OF_DOCUMENT_TOKEN_TO_BE_REPLACED

This feature require that you enable JavaScript in your browser.
END_OF_DOCUMENT_TOKEN_TO_BE_REPLACED

This feature require that you enable JavaScript in your browser.
END_OF_DOCUMENT_TOKEN_TO_BE_REPLACED