Spearhead: An American Tank Gunner, His Enemy, and a Collision of Lives in World War II (Paperback) 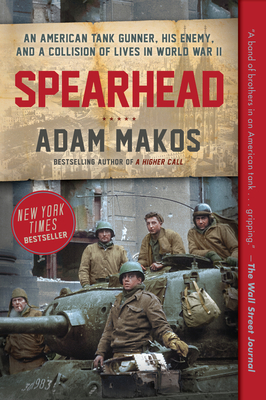 By Adam Makos
$20.00
Backordered - OK to 'add to cart' and we'll let you know when your copy is here

This feature require that you enable JavaScript in your browser.
END_OF_DOCUMENT_TOKEN_TO_BE_REPLACED

This feature require that you enable JavaScript in your browser.
END_OF_DOCUMENT_TOKEN_TO_BE_REPLACED

This feature require that you enable JavaScript in your browser.
END_OF_DOCUMENT_TOKEN_TO_BE_REPLACED