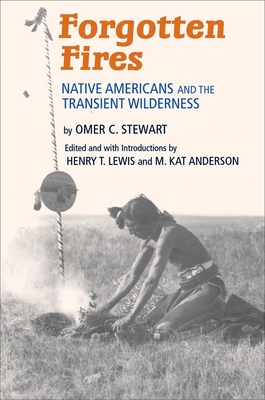 A common stereotype about American Indians is that for centuries they lived in stataic harmony with nature in a pristine wilderness that remained unchanged until European colonization. Omer C. Stewart was one of the first anthropologists to recognize that Native Americans made significant impact across a wide range of environments. Most important, they regularly used fire to manage plant communities and associated animal species through varied and localized habitat burning. In Forgotten Fires, editors Henry T. Lewis and M. Kat Anderson present Stewart's original research and insights, presented in the 1950s yet still provocative today. Significant portions of Stewart's text have not been available until now, and Lewis and Anderson set Stewart's findings in the context of current knowledge about Native hunter-gathers and their uses of fire. This volume shows that for thousands of years, the North American landscape has been regularly shaped and renewed by the land and fire management practices of North American Indians. Omer C. Stewart received the Ph.D. from the University of California, Berkeley, as a student of A. L. Kroeber, Robert H. Lowie, and Carl Sauer. No non-Indian knew the Native American Church and its history better than he. Henry T. Lewis was Professor of Anthropology at the University of Alberta, Edmonton, and author of Patterns of Burning in California: Ecology and Ethnohistory. M. Kat Anderson is the national ethnoecologist of the Natural Resources Conservation Service, U.S. Department of Agriculture, and author of Tending the Wild: Native American Knowledge and the Management of California's Natural.

This feature require that you enable JavaScript in your browser.
END_OF_DOCUMENT_TOKEN_TO_BE_REPLACED

This feature require that you enable JavaScript in your browser.
END_OF_DOCUMENT_TOKEN_TO_BE_REPLACED

This feature require that you enable JavaScript in your browser.
END_OF_DOCUMENT_TOKEN_TO_BE_REPLACED