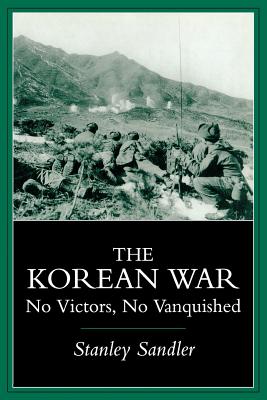 By Stanley Sandler
Email or call for price.
usually available in 5-10 days
(This is a special order book which cannot be returned.)

The Korean War has been termed "The Forgotten War" or the "Unknown War." It is a conflict which never assumed the mythic character of the American Civil War or World War II. However, this book asserts, it would be impossible to understand the Cold War and indeed post 1945 global history without knowledge of the Korean War.

Providing a history of the Korean peninsula before the war and including a detailed analysis of the fighting itself, The Korean War goes beyond the battlefield to deal with the war in the air, ground attack, and air evacuation. The study also evaluates the contributions of the UN naval forces, the impact of the war on various homefronts and issues such as defectors, opposition to the war, racial segregation and integration, POWs and the media.

Recently-released Soviet documents are used to assess the role of China, the Soviet Union, North and South Korea and the allied forces in the conflict. This fascinating work offers a unique analysis of the Korean War and will be invaluable to students of twentieth-century history, particularly those concerned with American and Pacific history.

This feature require that you enable JavaScript in your browser.
END_OF_DOCUMENT_TOKEN_TO_BE_REPLACED

This feature require that you enable JavaScript in your browser.
END_OF_DOCUMENT_TOKEN_TO_BE_REPLACED

This feature require that you enable JavaScript in your browser.
END_OF_DOCUMENT_TOKEN_TO_BE_REPLACED