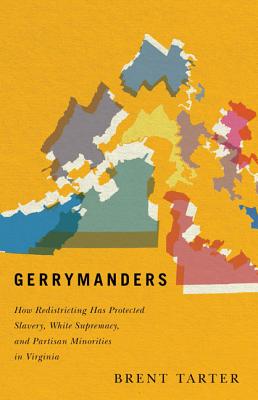 Many are aware that gerrymandering exists and suspect it plays a role in our elections, but its history goes far deeper, and its impacts are far greater, than most realize. In his latest book, Brent Tarter focuses on Virginia's long history of gerrymandering to uncover its immense influence on the state's politics and to provide perspective on how the practice impacts politics nationally.

Offering the first in-depth historical study of gerrymanders in Virginia, Tarter exposes practices going back to nineteenth century and colonial times and explains how they protected land owners' and slave owners' interests. The consequences of redistricting and reapportionment in modern Virginia--in effect giving a partisan minority the upper hand in all public policy decisions--become much clearer in light of this history.

Where the discussion of gerrymandering has typically emphasized political parties' control of Congress, Tarter focuses on the state legislatures that determine congressional district lines and, in most states, even those of their own districts. On the eve of the 2021 session of the General Assembly, which will redraw district lines for Virginia's state Senate and House of Delegates, as well as for the U.S. House of Representatives, Tarter's book provides an eye-opening investigation of gerrymandering and its pervasive effect on our local, state, and national politics and government.

Brent Tarter is a founding editor of the Library of Virginia's Dictionary of Virginia Biography and the author of A Saga of the New South: Race, Law, and Public Debt in Virginia(Virginia).

This feature require that you enable JavaScript in your browser.
END_OF_DOCUMENT_TOKEN_TO_BE_REPLACED

This feature require that you enable JavaScript in your browser.
END_OF_DOCUMENT_TOKEN_TO_BE_REPLACED

This feature require that you enable JavaScript in your browser.
END_OF_DOCUMENT_TOKEN_TO_BE_REPLACED