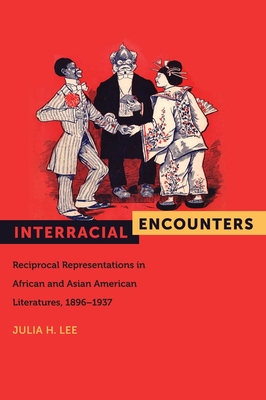 In this nuanced study, Julia H. Lee argues that the diversity and ambiguity that characterize these textual moments radically undermine the popular notion that the history of Afro-Asian relations can be reduced to a monolithic, media-friendly narrative, whether of cooperation or antagonism. Drawing on works by Charles Chesnutt, Wu Tingfang, Edith and Winnifred Eaton, Nella Larsen, W.E.B. Du Bois, and Younghill Kang, Interracial Encounters foregrounds how these reciprocal representations emerged from the nation's pervasive pairing of the figure of the "Negro" and the "Asiatic" in oppositional, overlapping, or analogous relationships within a wide variety of popular, scientific, legal, and cultural discourses. Historicizing these interracial encounters within a national and global context highlights how multiple racial groups shaped the narrative of race and national identity in the early twentieth century, as well as how early twentieth century American literature emerged from that multiracial political context.

Julia H. Lee is Assistant Professor of Asian American Studies at the University of California, Irvine.

This feature require that you enable JavaScript in your browser.
END_OF_DOCUMENT_TOKEN_TO_BE_REPLACED

This feature require that you enable JavaScript in your browser.
END_OF_DOCUMENT_TOKEN_TO_BE_REPLACED

This feature require that you enable JavaScript in your browser.
END_OF_DOCUMENT_TOKEN_TO_BE_REPLACED