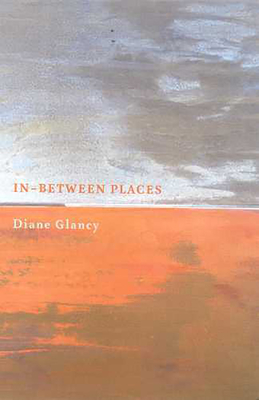 "There is a map you decide to call a book. A book of the territories you’ve traveled. A map is a meaning you hold against the unknowing. The places you speak in many directions."

For Diane Glancy, there are books that you open like a map. In-between Places is such a book: a collection of eleven essays unified by a common concern with landscape and its relation both to our spiritual life and to the craft of writing. Taking readers on a trip to New Mexico, a voyage across the sea of middle America, even a journey to China, Glancy has crafted a sustained meditation on the nature and workings of language, stories, and poems; on travel and motion as metaphors for life and literature; and on the relationships between Native American and Judeo-Christian ways of thinking and being in the world. Reflecting on strip mines in Missouri ("as long as there is anything left to take, human industry will take it") and hog barns in Iowa (writing about them from the hogs' perspective), Glancy speaks in the margins of cross-cultural issues and from the places in-between as she explores the middle ground between places that we handle with the potholder of language. She leaves in her wake a dance of words and the structures left after the collision of cultures. A writer who has often examined her native heritage, Glancy also asks here what it means to be part white. "What does whiteness look like viewed from the other, especially when that other is also within oneself?" And in considering the legacy of Christianity, she ponders "how it is when the Holy Ghost enters your life like a brother-in-law you know is going to be there a while."

Insightful and provocative, In-between Places is a book for anyone interested in a sense of place and in the relationship between religion and our stance toward nature. It is also a book for anyone who loves thoughtful writing and wishes to learn from a modern master of language.

Diane Glancy is the recipient of a National Endowment for the Arts grant, an Oklahoma Book Award, a Minnesota Book Award, an American Book Award from the Before Columbus Foundation, and the Native American Prose Award. Her previous books include The Cold-and-Hunger Dance, a collection of essays, and Stone Heart: A Novel of Sacajawea. She teaches Native American Literature and Creative Writing at Macalester College in St. Paul, Minnesota.

“In-Between Places would be enjoyed by anyone interested in thoughtful, careful prose that investigates complex issues of the self and the world. Energetic and beautifully constructed prose.”—The Corresponder

“Extends our acquaintance with one of the most significant writers in the U.S.” —World Literature Today

This feature require that you enable JavaScript in your browser.
END_OF_DOCUMENT_TOKEN_TO_BE_REPLACED

This feature require that you enable JavaScript in your browser.
END_OF_DOCUMENT_TOKEN_TO_BE_REPLACED

This feature require that you enable JavaScript in your browser.
END_OF_DOCUMENT_TOKEN_TO_BE_REPLACED