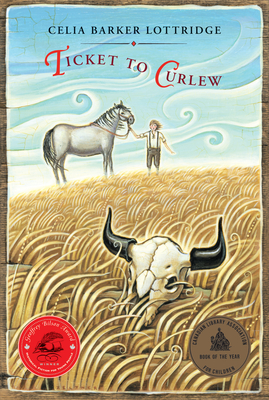 It is 1915. Endless stretches of grassland against a boundless sky are all Sam Ferrier sees when he and his father arrive in Curlew, Alberta, to build a new house for their family. He wonders why his restless father would move them to this lonely, barren place, so different from Iowa. But after the house gets built and the family joins them, Sam gradually discovers that there is much more to the prairie than he realized. The tall grasses hide a mysterious collection of gleaming white skulls. Torrential thunderstorms appear with startling swiftness out of a clear-blue sky. And when one day he finds that his little brother has suddenly disappeared, Sam discovers that this new land can be both awesome and terrifying. Young readers join the Ferriers as they learn to survive the prairie's brutal winters and devastating isolation and as Sam makes new friends with a brave and resourceful horse named Prince.

This feature require that you enable JavaScript in your browser.
END_OF_DOCUMENT_TOKEN_TO_BE_REPLACED

This feature require that you enable JavaScript in your browser.
END_OF_DOCUMENT_TOKEN_TO_BE_REPLACED

This feature require that you enable JavaScript in your browser.
END_OF_DOCUMENT_TOKEN_TO_BE_REPLACED