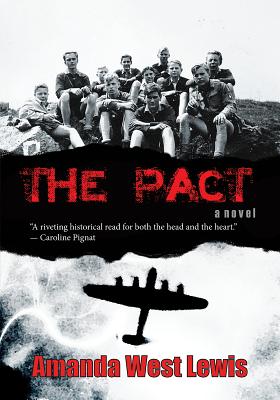 Peter Gruber is a ten year old German boy who, in May of 1939, is dealing with the drowning death of his closest friend, and living with his mother in Hamburg. The novel follows his life through the war years and the ultimate defeat of Germany -- and explores how an intelligent, sensitive youth responds to the propaganda and posturing of the Nazis. It also provides insights into the realities of living in a country at war, seen through the eyes of a boy who is drawn into the Hitler Youth and who has growing misgivings about what he is being told about his country and its destiny.

One of 49th Shelf's favorite books of the year for young readers.

Recommended by World of Words, an educational resource website from the University of Arizona.

Amanda West Lewis is the author of the critically acclaimed young adult historical novel, September 17. She lives in Ottawa.

This feature require that you enable JavaScript in your browser.
END_OF_DOCUMENT_TOKEN_TO_BE_REPLACED

This feature require that you enable JavaScript in your browser.
END_OF_DOCUMENT_TOKEN_TO_BE_REPLACED

This feature require that you enable JavaScript in your browser.
END_OF_DOCUMENT_TOKEN_TO_BE_REPLACED