Oxygen in the Solar System (Reviews in Mineralogy & Geochemistry #68) (Paperback) 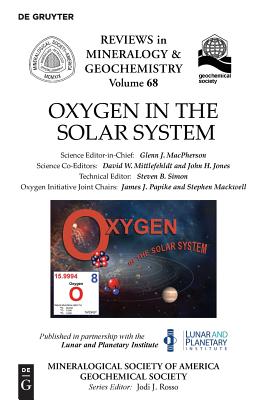 By Glenn J. MacPherson (Editor)
Email or call for price.

Volume 68 of Reviews in Mineralogy and Geochemistry reviews Oxygen in the Solar System, an element that is so critically important in so many ways to planetary science. The book is based on three open workshops: Oxygen in the Terrestrial Planets, held in Santa Fe, NM July 20-23, 2004;Oxygen in Asteroids and Meteorites, held in Flagstaff, AZ June 2-3, 2005;and Oxygen in Earliest Solar System Materials and Processes (and including the outer planets and comets), held in Gatlinburg, TN September 19-22, 2005. As a consequence of the cross-cutting approach, the final book spans a wide range of fields relating to oxygen, from the stellar nucleosynthesis of oxygen, to its occurrence in the interstellar medium, to the oxidation and isotopic record preserved in 4.56 Ga grains formed at the Solar System's birth, to its abundance and speciation in planets large and small, to its role in the petrologic and physical evolution of the terrestrial planets. Contents: IntroductionOxygen isotopes in the early Solar System - A historical perspectiveAbundance, notation, and fractionation of light stable isotopesNucleosynthesis and chemical evolution of oxygenOxygen in the interstellar mediumOxygen in the SunRedox conditions in the solar nebula: observational, experimental, and theoretical constraintsOxygen isotopes of chondritic componentsMass-independent oxygen isotope variation in the solar nebulaOxygen and other volatiles in the giant planets and their satellitesOxygen in comets and interplanetary dust particlesOxygen and asteroidsOxygen isotopes in asteroidal materialsOxygen isotopic composition and chemical correlations in meteorites and the terrestrial planetsRecord of low-temperature alteration in asteroidsThe oxygen cycle of the terrestrial planets: insights into the processing and history of oxygen in surface environmentsRedox conditions on small bodies, the Moon and MarsTerrestrial oxygen isotope variations and their implications for planetary lithospheresBasalts as probes of planetary interior redox stateRheological consequences of redox state.

This feature require that you enable JavaScript in your browser.
END_OF_DOCUMENT_TOKEN_TO_BE_REPLACED

This feature require that you enable JavaScript in your browser.
END_OF_DOCUMENT_TOKEN_TO_BE_REPLACED

This feature require that you enable JavaScript in your browser.
END_OF_DOCUMENT_TOKEN_TO_BE_REPLACED