Love Letters from the Front (Color Edition): A Lieutenants Journey to Leadership (Paperback) 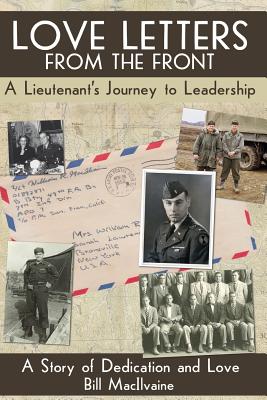 By Rod Macilvaine, Marco Ciavolino, Bill Macilvaine
$61.00
usually available in 3-7 days
(This is a special order book which cannot be returned.)

A story of dedication and love. A young man graduates from Princeton: He's a freshly-minted second lieutenant with dreams and aspirations for his future. He gets married and ships off to an international conflict-zone, and within months he is promoted to Battery Executive Officer. During his tour of duty in Korea he writes 171 love letters to his new bride. These letters sparkle with humor and devotion, but as the months progress, the letters also reveal a growing maturity both as a leader and as a husband. Love Letters from the Front will inspire anyone facing hardship and challenge that those ordeals can fortify character and produce fresh leadership strength.

Bill MacIlvaine (B.A. Princeton University) has held various leadership positions in industry on the east coast and in the Midwest, and ultimately assumed the presidency of a Wisconsin-based manufacturing firm. He completed his career in South Florida in banking, and in retirement served two terms as a city councilman of Naples, Florida. Bill and his wife Lucy were married in 1952 and have four children, ten grandchildren and six great-grandchildren. His avocation is ocean sailing and he has captained multiple charters in the Atlantic, Pacific and the Great Lakes.

This feature require that you enable JavaScript in your browser.
END_OF_DOCUMENT_TOKEN_TO_BE_REPLACED

This feature require that you enable JavaScript in your browser.
END_OF_DOCUMENT_TOKEN_TO_BE_REPLACED

This feature require that you enable JavaScript in your browser.
END_OF_DOCUMENT_TOKEN_TO_BE_REPLACED