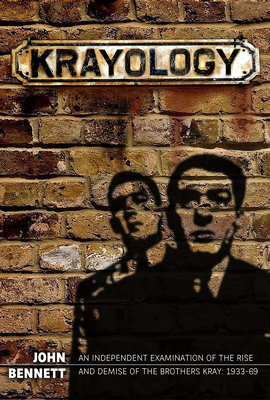 Looking at the rise of the Kray twins with an historian's eye, using a range of sources from memoirs, press reports and significantly, official files held at the National Archives and elsewhere, John Bennett takes a fresh approach to the Kray legend.

Along the way he dispels many of the myths, presents a wealth of previously unpublished information about some of the key players and major incidents in the story and independently reassesses the Kray twins' lives, activities and legacy. This is the often-told story of the Krays as you've never heard it told before.

John Bennett is a former teacher who for the past ten years has been writing and lecturing on East End history as well as giving guided tours in the area, ranging from such subjects as the Whitechapel Murders of Jack the Ripper, the Krays, immigration, and local history in general. He has had numerous articles published and has appeared on television programmes broadcast by Channel 5, the BBC, and Crime and Investigation, amongst others. He is the author of several books including A Journey Through Whitechapel and Spitalfields; and (with Paul Begg) The Complete and Essential Jack the Ripper, and is currently working on a historical survey of East End crime for Yale University Press. He lives with his wife in London.

This feature require that you enable JavaScript in your browser.
END_OF_DOCUMENT_TOKEN_TO_BE_REPLACED

This feature require that you enable JavaScript in your browser.
END_OF_DOCUMENT_TOKEN_TO_BE_REPLACED

This feature require that you enable JavaScript in your browser.
END_OF_DOCUMENT_TOKEN_TO_BE_REPLACED