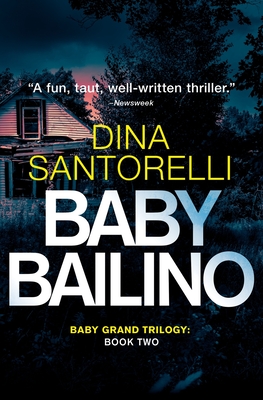 One of Newsweek's Favorite Books of 2016

It's been two years since Jamie Carter escaped captivity and saved Charlotte Grand, the infant daughter of New York Governor Phillip Grand, becoming a national hero for foiling the kidnapping plot that incarcerated reputed mobster/entrepreneur Don Bailino--the man who abducted and raped her. As Governor Grand considers his candidacy for U.S. president, Bailino inexplicably escapes from prison, and soon Jamie's fifteen-month-old daughter, Faith--Bailino's biological child--disappears. Jamie sets off to find her and, in the process, finds an unlikely ally in Bailino, who is on the run not only from the FBI but from members of organized crime who have a score to settle. Can Jamie trust the man who once held her prisoner? Can she rely on her instincts? And can she again find the strength to save a child when, this time, that child is her own?

This feature require that you enable JavaScript in your browser.
END_OF_DOCUMENT_TOKEN_TO_BE_REPLACED

This feature require that you enable JavaScript in your browser.
END_OF_DOCUMENT_TOKEN_TO_BE_REPLACED

This feature require that you enable JavaScript in your browser.
END_OF_DOCUMENT_TOKEN_TO_BE_REPLACED