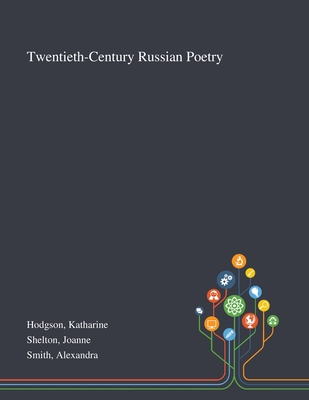 "The canon of Russian poetry has been reshaped since the fall of the Soviet Union. A multi-authored study of changing cultural memory and identity, this revisionary work charts Russia's shifting relationship to its own literature in the face of social upheaval. Literary canon and national identity are inextricably tied together, the composition of a canon being the attempt to single out those literary works that best express a nation's culture. This process is, of course, fluid and subject to significant shifts, particularly at times of epochal change. This volume explores changes in the canon of twentieth-century Russian poetry from the 1991 collapse of the Soviet Union to the end of Putin's second term as Russian President in 2008. In the wake of major institutional changes, such as the abolition of state censorship and the introduction of a market economy, the way was open for wholesale reinterpretation of twentieth-century poets such as Iosif Brodskii, Anna Akhmatova and Osip Mandel′shtam, their works and their lives. In the last twenty years many critics have discussed the possibility of various coexisting canons rooted in official and non-official literature and suggested replacing the term ""Soviet literature"" with a new definition - ""Russian literature of the Soviet period"". Contributions to this volume explore the multiple factors involved in reshaping the canon, understood as a body of literary texts given exemplary or representative status as ""classics"". Among factors which may influence the composition of the canon are educational institutions, competing views of scholars and critics, including figures outside Russia, and the self-canonising activity of poets themselves. Canon revision further reflects contemporary concerns with the destabilising effects of emigration and the internet, and the desire to reconnect with pre-revolutionary cultural traditions through a narrative of the past which foregrounds continuity. Despite persistent nostalgic yearnings in some quarters for a single canon, the current situation is defiantly diverse, balancing both the Soviet literary tradition and the parallel contemporaneous literary worlds of the emigration and the underground. Required reading for students, teachers and lovers of Russian literature, Twentieth-Century Russian Poetry brings our understanding of post-Soviet Russia up to date." This work was published by Saint Philip Street Press pursuant to a Creative Commons license permitting commercial use. All rights not granted by the work's license are retained by the author or authors.

This feature require that you enable JavaScript in your browser.
END_OF_DOCUMENT_TOKEN_TO_BE_REPLACED

This feature require that you enable JavaScript in your browser.
END_OF_DOCUMENT_TOKEN_TO_BE_REPLACED

This feature require that you enable JavaScript in your browser.
END_OF_DOCUMENT_TOKEN_TO_BE_REPLACED