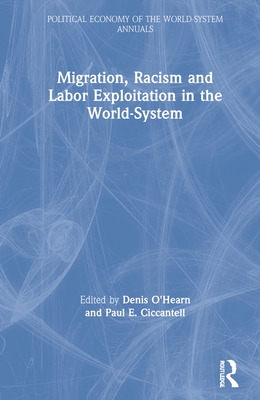 This book offers a historically sweeping yet detailed view of world-systemic migration as a racialized process. Since the early expansion of the world-system, the movement of people has been its central process. Not only have managers of capital moved to direct profitable expansion; they have also forced, cajoled or encouraged workers to move in order to extract, grow, refi ne, manufacture and transport materials and commodities. The book offers historical cases that show that migration introduces and deepens racial dominance in all zones of the world-system. This often forces indigenous and imported slaves or bonded labor to extract, process and move raw materials. Yet it also often creates a contradiction between capital's need to direct labor to where it enables profitability, and the desires of large sections of dominant populations to keep subordinate people of color marginalized and separate. Case studies reveal how core states are concurrently users and blockers of migrant labor. Key examples are Mexican migrants in the United States, both historically and in contemporary society. The United States even promotes of an image of a society that welcomes the immigrant-while policy realities often quite different. Nonetheless, the volume ends with a vision of a future whereby communities from below, both activists and people simply following their communal interests, can come together to create a society that overcomes racism. Its final chapter is a hopeful call by Immanuel Wallerstein for people to make small changes that, together, can bring real about real, revolutionary change.

Denis O'Hearn is Dean of Liberal Arts at the University of Texas at El Paso. Several of his books have received major national and international awards, including his most recent book, Living at the Edges of Capitalism: Adventures in Exile and Mutual Aid (University of California Press, with Andrej Grubacic). He lived for many years in Belfast, Ireland, and his seminal biography of the Irish hunger striker Bobby Sands, Nothing but an Unfinished Song: the Irish Hunger Striker Who Shook the World, is published in many languages, including Kurdish and Basque. Paul S. Ciccantell is Professor of Sociology at Western Michigan University and a former program officer for the Sociology Program at the National Science Foundation. He received his Ph.D. from the University of Wisconsin-Madison. His research examines socioeconomic change over the long term, the evolution of global industries and the socioeconomic and environmental impacts of global industries, focusing particularly on raw materials extraction and processing and transport industries. He has published books with Johns Hopkins University Press, JAI/Elsevier Press and Greenwood Press, and more than thirty journal articles and book chapters.

This feature require that you enable JavaScript in your browser.
END_OF_DOCUMENT_TOKEN_TO_BE_REPLACED

This feature require that you enable JavaScript in your browser.
END_OF_DOCUMENT_TOKEN_TO_BE_REPLACED

This feature require that you enable JavaScript in your browser.
END_OF_DOCUMENT_TOKEN_TO_BE_REPLACED