The Renaissance of Plotinus: The Soul and Human Nature in Marsilio Ficino's Commentary on the Enneads (Hardcover) 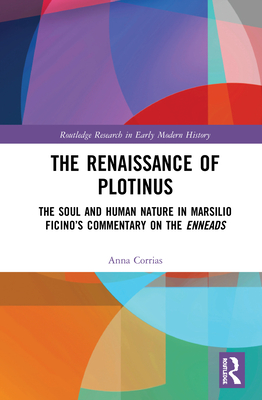 By Anna Corrias
Email or call for price.

Plotinus (204/5-270 C.E.) is a central figure in the history of Western philosophy. However, during the Middle Ages he was almost unknown. None of the treatises constituting his Enneads were translated, and ancient translations were lost. Although scholars had indirect access to his philosophy through the works of Proclus, St. Augustine, and Macrobius, among others, it was not until 1492 with the publication of the first Latin translation of the Enneads by the humanist philosopher Marsilio Ficino (1433-1499) that Plotinus was reborn to the Western world.

Ficino's translation was accompanied by a long commentary in which he examined the close relationship between metaphysics and anthropology that informed Plotinus's philosophy. Focusing on Ficino's interpretation of Plotinus's view of the soul and of human nature, this book excavates a fundamental chapter in the history of Platonic scholarship, one which was to inform later readings of the Enneads up until the nineteenth century. It will appeal to scholars and students interested in the history of Western philosophy, intellectual history, and book history.

Anna Corrias is a Marie Sklodowska-Curie Postdoctoral Fellow at the University of Cambridge, UK, and the University of Toronto, Canada, where she works on the reception of late ancient philosophy in the early modern period, with a special focus on the Platonic tradition.

This feature require that you enable JavaScript in your browser.
END_OF_DOCUMENT_TOKEN_TO_BE_REPLACED

This feature require that you enable JavaScript in your browser.
END_OF_DOCUMENT_TOKEN_TO_BE_REPLACED

This feature require that you enable JavaScript in your browser.
END_OF_DOCUMENT_TOKEN_TO_BE_REPLACED