The Principal Strikes Back (Star Wars: Jedi Academy #6): An Official Guide to the First 151 Pokémon (Hardcover) 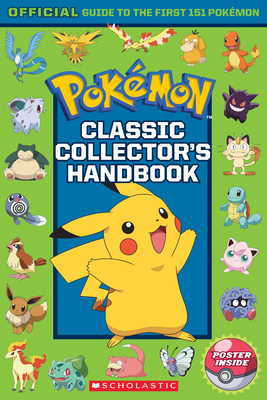 There's a new principal at Jedi Academy, and Victor Starspeeder senses a great disturbance in the force! The sixth book in the New York Times bestselling series.As told through a mix of comics, doodles, and journal entries, it's Victor Starspeeder's third year at Jedi Academy! It's also his first year EVER without his sister, Christina. Plus, things at Jedi Academy are... weird. After last year's security breach, Principal Marr has been demoted and replaced with Commander ZC-04, a big, scary droid. There's a curfew, new regulations, and everyone is on edge. But when Victor and his friends dig a little deeper into the changes at the school, they find that there's a lot more to this story than the droids want to admit! It's an all-new, out-of-this-world Jedi Academy adventure as The Principal Strikes Back!

Jarrett J. Krosoczka is a New York Times bestselling author, a two-time winner of the Children's Choice Book Award for the Third to Fourth Grade Book of the Year, an Eisner award nominee, and the author and/or illustrator of more than 30 books for young readers. His critically acclaimed graphic novel memoir Hey, Kiddo was a National Book Award Finalist. His work includes several picture books, select volumes of Star Wars: Jedi Academy, the Lunch Lady graphic novels, and the Platypus Police Squad novel series. Jarrett has given two TED Talks, both of which have been curated to the main page of TED.com and have collectively accrued more than two million views online. He is also the host of The Book Report with JJK on SiriusXM's Kids Place Live, a weekly segment celebrating books, authors, and reading. Jarrett lives in Western Massachusetts with his wife and children, and their pugs, Ralph and Frank.

This feature require that you enable JavaScript in your browser.
END_OF_DOCUMENT_TOKEN_TO_BE_REPLACED

This feature require that you enable JavaScript in your browser.
END_OF_DOCUMENT_TOKEN_TO_BE_REPLACED

This feature require that you enable JavaScript in your browser.
END_OF_DOCUMENT_TOKEN_TO_BE_REPLACED