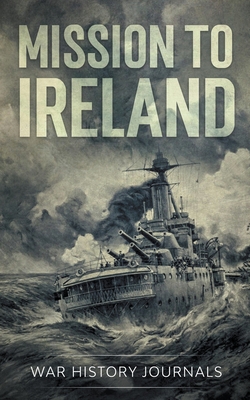 "A thrill a minute. You don't have to be a World War I buff to savor this one." ─ Reviewer

A daring captain. A ship full of weapons. And a sinister plot that could cripple Britain.

In the heart of world war one, a devious plan devised by the German navy led to Naval Officer Captain Karl Spindler embarking on a perilous and secret mission. His task--to deliver German weaponry to Ireland and spark what would become the Easter Uprising.

Departing from Norway with a disguised ship, Spindler undertook a perilous mission with a small crew and a hold full of explosives. If he succeeded, he could unleash a threat that would cripple the British war effort. But if he failed, a prisoner of war would be his fate...

Uncover a thrilling true story from the depths of world war one. Told with heart pounding detail that brings the lesser-known stories of the war to life, Mission to Ireland delivers a thrill a minute. You don't need to be a history buff to enjoy this one.

This feature require that you enable JavaScript in your browser.
END_OF_DOCUMENT_TOKEN_TO_BE_REPLACED

This feature require that you enable JavaScript in your browser.
END_OF_DOCUMENT_TOKEN_TO_BE_REPLACED

This feature require that you enable JavaScript in your browser.
END_OF_DOCUMENT_TOKEN_TO_BE_REPLACED