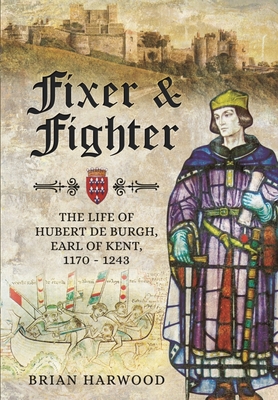 Hubert de Burgh rose from obscure beginnings to become one of the most powerful men in England. He loyally served first King John and then the young Henry III and played a crucial role in saving the Plantagenet dynasty when it was at its most vulnerable. During King John's disastrous wars in France, Hubert held Chinon castle against the besieging French for a whole year. He remained loyal when the Barons rebelled against John and, when they invited French invaders to intervene, Hubert successfully held Dover Castle for the king against a siege led by the French Prince Louis. After John's death, he held it for the new king, 9-year old Henry, against a renewed siege. In August 1217, he struck the final blow against the French invasion, which still held London, when he defeated a powerful fleet carrying French reinforcements at the naval Battle of Sandwich. Hubert continued to serve Henry III, making important reforms as Justiciar of England and leading military campaigns against the Welsh Prince Lewellyn. He eventually lost favor due to the machinations of his rivals and narrowly avoided execution but was eventually reconciled with his king and able to die a peaceful death. Incredibly, this is the first full-length biography of this remarkable man.

This feature require that you enable JavaScript in your browser.
END_OF_DOCUMENT_TOKEN_TO_BE_REPLACED

This feature require that you enable JavaScript in your browser.
END_OF_DOCUMENT_TOKEN_TO_BE_REPLACED

This feature require that you enable JavaScript in your browser.
END_OF_DOCUMENT_TOKEN_TO_BE_REPLACED