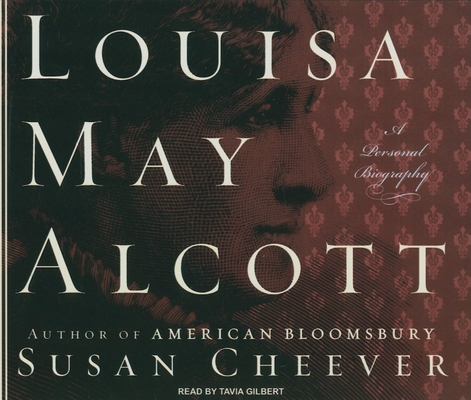 By Susan Cheever, Tavia Gilbert (Narrated by)
$34.99
Special Order - may be out of print

Apart from her bestselling Home Before Dark, a biography of her father, John Cheever, and My Name Is Bill, her penetrating portrait of the founder of Alcoholics Anonymous, Susan Cheever's most recent and major success, American Bloomsbury, was a hugely popular nonfiction narrative of the writers and artists (including Emerson, Thoreau, and the Alcott family) of Concord, Massachusetts. With more than 35,000 copies of the book sold since, Cheever has focused on the legendary and much-loved Louisa May Alcott. Every year, new young readers continue to fall in love with Alcott's work, from Little Women to her feminist papers. Based on extensive research and access to Alcott's journals and correspondence, Cheever chronicles all aspects of Alcott's life, beginning with the fateful meeting of her parents to her death, just two days after that of her dynamic and domineering father, Bronson. Cheever examines Alcott's role as a woman, a working writer, and a daughter at a time when Alcott's rejection of marriage in favor of independence-a decision to be no man's "little woman"-was seen as defying conventional wisdom.

Susan Cheever is the author of both nonfiction and fiction works, including "My Name is Bill, Note Found in a Bottle, As Good As I Could Be, Home Before Dark," and "Treetops." .

Tavia Gilbert, a multiple Audie Award nominee and "AudioFile" Earphones and Parent's Choice Award-winning producer, narrator, and writer, has appeared on stage and in film. She has narrated over two hundred multicast and solo voice audiobooks.

This feature require that you enable JavaScript in your browser.
END_OF_DOCUMENT_TOKEN_TO_BE_REPLACED

This feature require that you enable JavaScript in your browser.
END_OF_DOCUMENT_TOKEN_TO_BE_REPLACED

This feature require that you enable JavaScript in your browser.
END_OF_DOCUMENT_TOKEN_TO_BE_REPLACED