Beyond Valor: A World War II Story of Extraordinary Heroism, Sacrificial Love, and a Race Against Time (Hardcover) 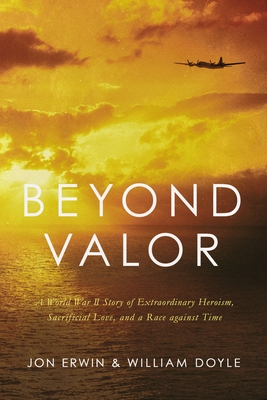 On April 12, 1945, a fleet of American B-29 bombers flew toward Japan. Their mission was simple: stop World War II by burning the cities, factories, and military bases of the Japanese em-pire, thereby forcing an unconditional surren-der. Yet the mission did not go as planned. On board one of the B-29s, the City of Los Angeles, a phosphorus bomb detonated inside the plane. Staff Sergeant Henry E. "Red" Erwin absorbed the blast of burning phosphorus yet managed to throw overboard the still-flaming bomb, be-fore collapsing from the third-degree burns over much of his body.

This feature require that you enable JavaScript in your browser.
END_OF_DOCUMENT_TOKEN_TO_BE_REPLACED

This feature require that you enable JavaScript in your browser.
END_OF_DOCUMENT_TOKEN_TO_BE_REPLACED

This feature require that you enable JavaScript in your browser.
END_OF_DOCUMENT_TOKEN_TO_BE_REPLACED