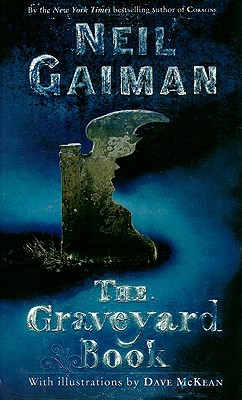 “A delightfully layered story of Nobody Owens, who is raised by the semi-living and the dead in a graveyard. Gaiman uses wit and his depth of knowledge of the arcane to create a safe and nurturing world for the young orphan to grow and thrive in. This will be a joy for all ages!”
— Jane Jacobs, Porter Square Books, Cambridge, MA

Nobody Owens, known to his friends a Bod, is a normal boy. He would be completely normal if he didn't live in a sprawling graveyard, being raised and educated by ghosts, with a solitary guardian who belongs to neither the world of the living nor of the dead. There are dangers and adventures in the graveyard for a boy, but if Bod leaves, then he will come under attack from the man Jack -- who has already killed Bod's family.

This feature require that you enable JavaScript in your browser.
END_OF_DOCUMENT_TOKEN_TO_BE_REPLACED

This feature require that you enable JavaScript in your browser.
END_OF_DOCUMENT_TOKEN_TO_BE_REPLACED

This feature require that you enable JavaScript in your browser.
END_OF_DOCUMENT_TOKEN_TO_BE_REPLACED