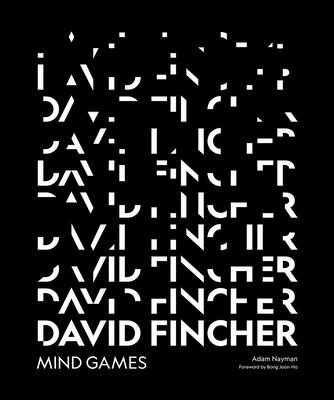 David Fincher: Mind Games is the definitive critical and visual survey of the Academy Award– and Golden Globe–nominated works of director David Fincher. From feature films Alien 3, Se7en, The Game, Fight Club, Panic Room, Zodiac, The Curious Case of Benjamin Button, The Social Network, The Girl With the Dragon Tattoo, Gone Girl, and Mank through his MTV clips for Madonna and the Rolling Stones and the Netflix series House of Cards and Mindhunter, each chapter weaves production history with original critical analysis, as well as with behind the scenes photography, still-frames, and original illustrations from Little White Lies' international team of artists and graphic designers. Mind Games also features interviews with Fincher's frequent collaborators, including Jeff Cronenweth, Angus Wall, Laray Mayfield, Holt McCallany, Howard Shore and Erik Messerschmidt.

Grouping Fincher's work around themes of procedure, imprisonment, paranoia, prestige and relationship dynamics, Mind Games is styled as an investigation into a filmmaker obsessed with investigation, and the design will shift to echo case files within a larger psychological profile.

Adam Nayman is the author of The Coen Brothers: This Book Really Ties the Films Together and is a contributing editor to Cinema Scope.

Little White Lies is one of the world’s preeminent film magazines, pairing a unique editorial angle with beautiful illustration and world-class design.

This feature require that you enable JavaScript in your browser.
END_OF_DOCUMENT_TOKEN_TO_BE_REPLACED

This feature require that you enable JavaScript in your browser.
END_OF_DOCUMENT_TOKEN_TO_BE_REPLACED

This feature require that you enable JavaScript in your browser.
END_OF_DOCUMENT_TOKEN_TO_BE_REPLACED