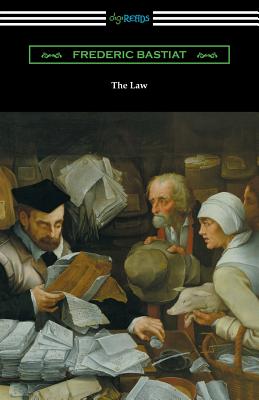 First published in 1850, "The Law" is the best known work of 19th century economist Frederic Bastiat, a prominent member of the French Liberal School. A forerunner to the Austrian School of Economics, the French Liberal School was a major proponent of the laissez-faire capitalistic system. Bastiat advocated for unregulated free markets and against protectionism. At the heart of Bastiat's philosophy was an opposition against the redistribution of wealth by the government, which he refers to as "legal plunder," for any reason. In Bastiat's opinion the sole purpose of the government was to protect personal property and liberty. Influenced by John Locke's "Second Treatise on Government," this short little book may seem extreme in its defense of personal property by today's standards. Bastiat in fact opposes such commonly accepted modern day practices as public education. Bastiat's absolutist position is understood when one learns of his personal history, his father's estate was acquired during the French Revolution. While history may ultimately deem Bastiat as nothing more than a reactionary, his contribution to modern economics, which includes the concept of opportunity cost, and his influence on modern political economy cannot be overstated. This edition is printed on premium acid-free paper and follows the translation of Dean Russell.

This feature require that you enable JavaScript in your browser.
END_OF_DOCUMENT_TOKEN_TO_BE_REPLACED

This feature require that you enable JavaScript in your browser.
END_OF_DOCUMENT_TOKEN_TO_BE_REPLACED

This feature require that you enable JavaScript in your browser.
END_OF_DOCUMENT_TOKEN_TO_BE_REPLACED