Modernism After Postcolonialism: Toward a Nonterritorial Comparative Literature (Hopkins Studies in Modernism) (Hardcover) 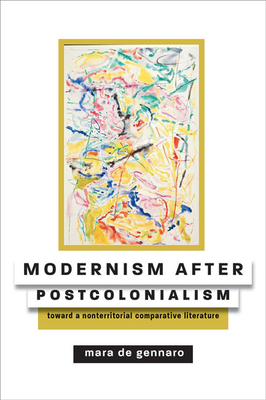 In each chapter, de Gennaro pairs a canonical English-language modernist writer (Gertrude Stein, T. S. Eliot, E. M. Forster, Virginia Woolf) with a postcolonial writer (Aim Cesaire, Glissant, Patrick Chamoiseau, J. M. Coetzee, Edwidge Danticat), interpreting major works of prewar and interwar modernism in light of postcolonial and Francophone literature, cultural theory, and historiography. Read together, these texts suggest a turn--sometimes subtle or conflicted in earlier Atlantic modernist texts, while usually more overt in later Caribbean and postcolonial texts--toward comparative forms marked by irresolution and a wavering sense of authority. With the rise of world literature and global modernist studies, it becomes all the more pressing to examine how comparative forms can alert us to unspoken and misrecognized relations while also confronting us with the difficulty of representing the Other.

By bringing into relation these ostensibly unconnected, often discrepant texts, de Gennaro challenges entrenched territorial habits of literary meaning. An aspirationally nonterritorial comparative literature, she argues, diverges not only from Eurocentric formalist approaches but also from global comparatisms that emphasize incommensurabilities to the point of eliding significant textual and contextual connections. Drawing on interdisciplinary postcolonial efforts, especially in the social sciences, to deterritorialize categories of identity, culture, and community, Modernism after Postcolonialism dispenses with outdated modernist and postcolonial paradigms to reveal how the anxious, inconclusive comparisons of transnational modernist poetics can call us to imagine new solidarities across bounded territories.

Mara de Gennaro is a lecturer in the Gallatin School of Individualized Study at New York University.

This feature require that you enable JavaScript in your browser.
END_OF_DOCUMENT_TOKEN_TO_BE_REPLACED

This feature require that you enable JavaScript in your browser.
END_OF_DOCUMENT_TOKEN_TO_BE_REPLACED

This feature require that you enable JavaScript in your browser.
END_OF_DOCUMENT_TOKEN_TO_BE_REPLACED