Between Expectations: Lessons from a Pediatric Residency (Paperback) 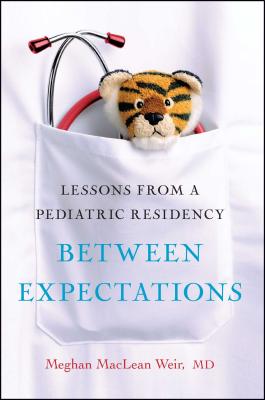 Meghan MacLean Weir, M.D. obtained her undergraduate degree in Molecular Biology at Princeton University with work on viral protein expression and then went on to study medicine at Stony Brook University.  She also was awarded a Master’s in Medical Anthropology from the Institute for Social and Cultural Anthropology at Oxford University for work done there on the impact of poverty, undernutrition, and infections on children in sub-Saharan Africa.  She completed her residency training in pediatrics at Children’s Hospital Boston and Boston Medical Center and during this time held the position of Teaching Fellow in Pediatrics at the Boston University School of Medicine and Clinical Fellow in Pediatrics at the Harvard Medical School.  She has participated in research and training programs in South Africa, Liberia, and Sri Lanka that have been funded in part by the Stony Brook School of Medicine, Children’s Hospital Boston, Massachusetts General Hospital, and the American Academy of Pediatrics.  Her essays have appeared in hospital publications at both her former and current institutions and excerpts of her writing have been used in the Humanism in Medicine curriculum for interns at the Boston Combined Residency Program.  She and her husband continue to live in Boston where she will soon assume a position as Staff Pediatrician at the Children’s Hospital.