The Archaeology of the Dykes (Paperback) 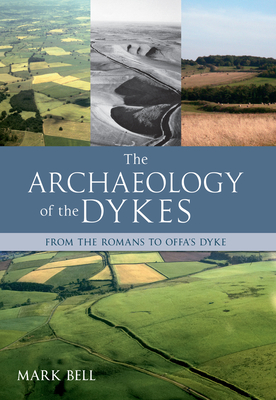 Enigmatic and mysterious are the two words most often applied to the earthworks known as the dykes, built somewhere after the end of the Roman period in Britain. They are the only substantial monuments built during the dark Ages and the largest of the dykes are comparable to Hadrian's Wall or the canals of the eighteenth century in scale. This is the first book on the archaeology of the dykes as a whole. Recent fieldwork has expanded our knowledge of the dykes as well as showing many are not post-Roman but prehistoric in date. Arguments about the origins and purpose of the dykes have raged since antiquarians first described them but they have been neglected in recent studies of the Dark Ages. Our understanding of the landscape in which the dykes were built has radically altered over the last fifty years due to advances in archaeological techniques and methods, yet much of this information has not previously been applied to studies of the dykes. This book discusses how the dykes could have functioned and possible reasons why they were built as well as the development of ideas about the dykes. A survey and catalogue of all the known post-Roman dykes is included.

This feature require that you enable JavaScript in your browser.
END_OF_DOCUMENT_TOKEN_TO_BE_REPLACED

This feature require that you enable JavaScript in your browser.
END_OF_DOCUMENT_TOKEN_TO_BE_REPLACED

This feature require that you enable JavaScript in your browser.
END_OF_DOCUMENT_TOKEN_TO_BE_REPLACED