Arthur and the Kings of Britain: The Historical Truth Behind the Myths (Paperback) 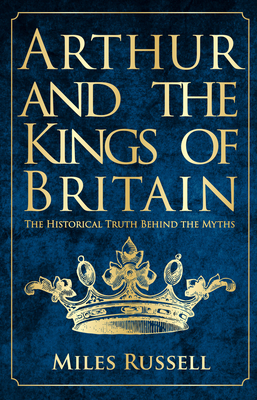 Written in 1136 by Geoffrey of Monmouth, the Historia Regum Britanniae (History of the Kings of Britain) purported to chronicle the British monarchy from the arrival of the Trojan Brutus, grandson of Aeneas, through to the seventh century AD. The Historia was a medieval best-seller, and copies spread across the whole of western Europe. It was the first work to outline the story of King Arthur.The Historia has long been dismissed as an unreliable piece of medieval propaganda. A new examination of the text, however, shows that it is very much more than that. Miles Russell explains how individual elements can be traced back to the first century BC, a time when Britain was making first contact with Rome. Geoffrey of Monmouth’s skill was to weave these early traditions together with material culled from post-Roman sources in order to create a national epic. In doing so, he also created King Arthur, a composite character whose real origins and context are explained here.This important work establishes Geoffrey of Monmouth as no mere peddler of historical fiction, but as the man who preserved the earliest foundation myths of Britain. It is time to re-evaluate the Historia Regum Britanniaeand shine a new light into the so-called ‘Dark Ages’.

Dr Miles Russell is a senior lecturer in archaeology in the Faculty of Science and Technology at Bournemouth University and a Fellow of the Society of Antiquaries of London. His research and publications focus on the prehistoric and Roman periods and he is is currently involved in fieldwork across southern Britain. Miles is a regular contributor to television and radio.

This feature require that you enable JavaScript in your browser.
END_OF_DOCUMENT_TOKEN_TO_BE_REPLACED

This feature require that you enable JavaScript in your browser.
END_OF_DOCUMENT_TOKEN_TO_BE_REPLACED

This feature require that you enable JavaScript in your browser.
END_OF_DOCUMENT_TOKEN_TO_BE_REPLACED