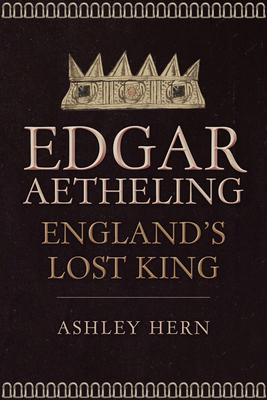 Most people have probably heard of Edgar Ætheling in passing as the young man who was the closest surviving relative of King Edward the Confessor in 1066. He makes fleeting appearances in school history lessons on the topic of the Norman Conquest as a candidate for the English throne before disappearing from the narrative, elbowed out of the way by those powerful warlords, Harold Godwinson, William of Normandy and Harald Hardrada, who settled the decision on the battlefield in that blood-soaked year. Edgar’s life is usually passed over by historians as a footnote. He was one of the last descendants of the Wessex dynasty that had resisted the Great Viking armies of the late 9th century and had subsequently created the English kingdom, but when compared to the stature of rulers like Alfred the Great and Æthelstan, it is easy to dismiss Edgar.In modern writing on the Norman Conquest, apart from the succession crisis caused by Edward’s childlessness, he manages cameo appearances in the tumultuous events that followed the conquest of England by Duke William, such as his election as king by the Witangemot in late October 1066, but is rarely subjected to any serious scrutiny. 11th century English history has a glut of memorable historical figures such as Æthelred the Unready, King Cnut, the Godwin clan and William ‘the Bastard’ which crowds him out. Their feuds are played out against the backdrop of two foreign conquests and the introduction of immigrant élites who were responsible for one of the most significant social and cultural transformations in British history. It is hard for Edgar to get a look in. This book restores that.

Ashley Hern has taught History at Manchester Grammar School since 2003. He has taught widely in Adult Education and is an examiner and trainer with Cambridge International Assessment working on their Pre-U History syllabus. He has a BA in History (First Class) from the University of Oxford ), an MPhil in Greek/ Roman History (taught) at Oxford (2003) and an MPhil (by research) from the University of Manchester (2014) on the Late Roman Army.

This feature require that you enable JavaScript in your browser.
END_OF_DOCUMENT_TOKEN_TO_BE_REPLACED

This feature require that you enable JavaScript in your browser.
END_OF_DOCUMENT_TOKEN_TO_BE_REPLACED

This feature require that you enable JavaScript in your browser.
END_OF_DOCUMENT_TOKEN_TO_BE_REPLACED