Murder in My Backyard (Paperback) 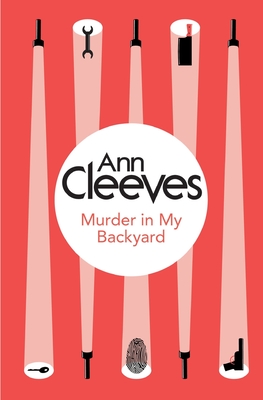 No one in Heppleburn has a bad word to say about Alice Parry . . . . . . But here she is, murdered in her own backyard on a bitter St. David's Eve. And when detective Stephen Ramsay starts asking questions in the village, a more ambiguous picture begins to emerge. Yes, old Mrs. Parry was loved by everyone, but sometimes her kindness had caused trouble. Yes, her two nephews were devoted to her, but they didn't really want her interfering in their rather complicated personal lives. Even among her neighbours, Alice Parry's helpfulness had sometimes misfired; and after her death, tension tight as a clenched fist grips the uneasy village. Meanwhile, the suspects keep rolling in, and Heppleburn's friendly neighbourhood killer continues his nasty piece of work . . .

This feature require that you enable JavaScript in your browser.
END_OF_DOCUMENT_TOKEN_TO_BE_REPLACED

This feature require that you enable JavaScript in your browser.
END_OF_DOCUMENT_TOKEN_TO_BE_REPLACED

This feature require that you enable JavaScript in your browser.
END_OF_DOCUMENT_TOKEN_TO_BE_REPLACED