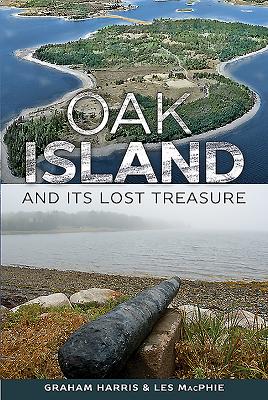 Oak Island poses two different challenges for these treasure seekers. First, there is a deep mine shaft -- the Money Pit -- at the bottom of which the treasure lies. This book offers evidence that this treasure came from the wreck of a seventeenth-century Spanish galleon. Then there is the elaborate flood tunnel which links the mine shaft to the ocean. Construction on this tunnel would have been complex and expensive, requiring a labour force of over 100 men, and it would have taken almost two years to complete. Discover the previously untold story of the British military who commanded this labour force in building the underground structure. The island's Money Pit and the tunnel, combined with adverse geological conditions, have ensured that all efforts to uncover the treasure have been unsuccessful to this day.

Civil engineers Graham Harris and Les MacPhie spent over a decade investigating the enigma of Nova Scotia's Oak Island. In this book, they draw on the documentary record to present a compelling and historically accurate description of two centuries of treasure hunting on Oak Island.

GRAHAM HARRIS was involved in many major engineering and mining projects in Canada's Maritime provinces, elsewhere in Canada and internationally. In retirement he lived near Bedeque, Prince Edward Island, until his recent death.LES MacPHIE is a mining engineer who works for one of Canada's leading engineering firms. Born in Cape Breton, he lives in Montreal.

This feature require that you enable JavaScript in your browser.
END_OF_DOCUMENT_TOKEN_TO_BE_REPLACED

This feature require that you enable JavaScript in your browser.
END_OF_DOCUMENT_TOKEN_TO_BE_REPLACED

This feature require that you enable JavaScript in your browser.
END_OF_DOCUMENT_TOKEN_TO_BE_REPLACED