The Nurses Are Innocent: The Digoxin Poisoning Fallacy (Paperback) 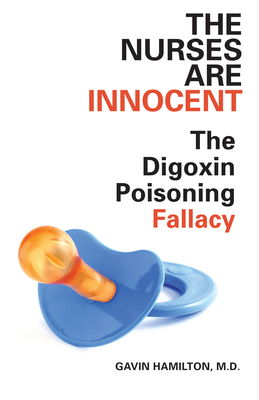 Gavin Hamilton's research shows that a toxin found in natural rubber might well have been the culprit in the 43 babies deaths at Toronto's Hospital for Sick Children in 1980 81.

In 1980-81, 43 babies died at Toronto's Hospital for Sick Children from a supposed digoxin overdose. Serial murder was suspected, leading to the arrest of nurse Susan Nelles. In order to clear Nelles's name, an investigation was launched to find an alternate explanation.

No one on the Grange Royal Commission of Inquiry had expertise in diagnosis. The post-mortem diagnosis of digoxin poisoning was based on a single biochemical test without knowledge of the normal values. Gavin Hamilton's extensive research shows that a toxin found in natural rubber, a digoxin-like substance, might well have been the culprit in the babies deaths. He clearly demonstrates that explanations other than serial murder account for the cluster of infant deaths at HSC.

What can be learned from this black stain on Canada's judicial system? One lesson certainly stands out: we can t ever again allow a group of unqualified amateur diagnosticians make life-and-death decisions about such important matters as potential serial murders.

Gavin Hamilton grew up in St. Thomas, Ontario, and attended UWO Medical School. After practising family medicine for nine years, he studied diagnostic radiology, receiving the fellowship diploma, then practicing as a private radiologist with the rank of assistant professor until retirement. He lives in London, Ontario.

"...The real parallel remains unknown to most Canadians even now; it's not that the wrong person was fingered for murder, but that no murders were commited at all. That's the conclusion meticulously and persuasively argued by retired physician Gavin Hamilton in The Nursses are Innocent.

This feature require that you enable JavaScript in your browser.
END_OF_DOCUMENT_TOKEN_TO_BE_REPLACED

This feature require that you enable JavaScript in your browser.
END_OF_DOCUMENT_TOKEN_TO_BE_REPLACED

This feature require that you enable JavaScript in your browser.
END_OF_DOCUMENT_TOKEN_TO_BE_REPLACED