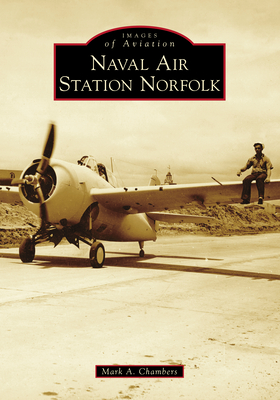 Throughout the 20th century and the beginning of the 21st century, Naval Air Station Norfolk, Virginia, has played a significant role in the development of American naval aviation. The roles of fleet operational feasibility flight testing, flight testing of prototype aircraft, and tactical combat flight training at this naval air station have been crucial to this development. Technological advancements in naval airpower have significantly altered military doctrine and tactics, enabling the United States to gain strategic advantages over opposing forces in wars and military conflicts. Moreover, courage, innovative spirit, and ingenuity in conducting naval flight testing at Naval Air Station Norfolk have made and continue to make the advancement of American naval aviation possible. This remarkable military facility serves as a vital component of the world's largest naval base, Naval Station Norfolk.

This feature require that you enable JavaScript in your browser.
END_OF_DOCUMENT_TOKEN_TO_BE_REPLACED

This feature require that you enable JavaScript in your browser.
END_OF_DOCUMENT_TOKEN_TO_BE_REPLACED

This feature require that you enable JavaScript in your browser.
END_OF_DOCUMENT_TOKEN_TO_BE_REPLACED