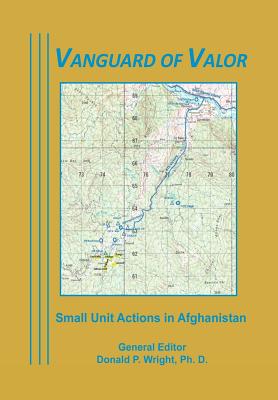 Since 2001, the US Army in Afghanistan has been conducting complex operations in a difficult, often dangerous environment. Living in isolated outposts and working under austere conditions, US Soldiers have carried out missions that require in equal parts a warrior's courage and a diplomat's restraint. In the larger discussions of the Afghanistan campaign, the experiences of these Soldiers-especially the young sergeants and lieutenants that lead small units-often go undocumented. But, as we all know, success in Afghanistan ultimately depends on these small units and their leaders, making their stories all the more important. In 2010, as the scale and tempo of Coalition operations in Afghanistan increased, so did the need for historical accounts of small-unit actions. As commander of the International Security Assistance Force (ISAF), I commissioned the Combat Studies Institute to research and write the cases collected in this volume and in those that will follow. By capturing key insights from both lethal and non-lethal operations, I hoped these accounts would be of immediate utility to sergeants and lieutenants at the center of future operations. The eight actions described in these pages take the reader through a wide range of platoon-level operations, from an intense firefight near Kandahar to an intricate civic action project in Kunar Province. Drawing from dozens of Soldier interviews, these accounts vividly depict the actions themselves and offer critical insights of greatest benefit to the small-unit leaders of today and tomorrow. The US Army always has prided itself as an institution of constant learning, strongly committed to drawing lessons from its past. This volume from the Combat Studies Institute is an excellent example of that long and honorable tradition.

This feature require that you enable JavaScript in your browser.
END_OF_DOCUMENT_TOKEN_TO_BE_REPLACED

This feature require that you enable JavaScript in your browser.
END_OF_DOCUMENT_TOKEN_TO_BE_REPLACED

This feature require that you enable JavaScript in your browser.
END_OF_DOCUMENT_TOKEN_TO_BE_REPLACED