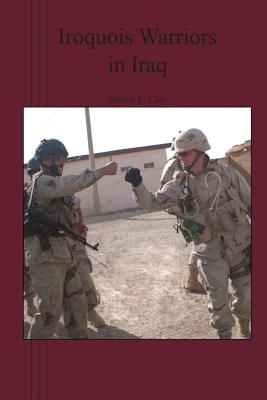 The role of the Organized Reserves in the history of the US Army has taken many twists and turns since the nation's founding. The organization and missions of the Army's reserves, both the National Guard and the Army Reserve, are once again undergoing fundamental change to meet the needs of the 21st century. In Iroquois Warriors in Iraq, Mr. Steve Clay analyzes the role played by the "Iroquois Warriors" of the US Army Reserve's 98th Division (Institutional Training). In an unprecedented move, the soldiers of the 98th were called on in mid-2004 to deploy to Iraq and to fulfill a critical role in the building, training, and advising of the new Iraqi Army. Prior to 2004, a US Army Reserve institutional training division had never deployed overseas to a theater of operations, nor were they designed to function as unit trainers and combat advisors. The author highlights the challenges faced by the 98th Division as it trained for and deployed to Iraq for this unusual mission. Among those challenges were how to train and prepare for the mission, who to send, how to integrate reservists into the new Multi-National Security Transition Command-Iraq (MNSTC-I), and whether to deploy the 98th as a unit or as a collection of individual soldiers. Throughout the turbulent period of 2004 and 2005 in Iraq, the soldiers of the 98th Division added to the proud legacy of the US Army Reserve. Iroquois Warriors in Iraq tells the story of the history of the 98th Division (IT), it is a compelling narrative of the earliest phases of the Army's efforts to build the Iraqi armed forces, and it offers a number of key insights for the Army as it conducts the Long War.

Steven E. Clay, LTC (USA Retired), spent his 27-year Army career in mechanized infantry units (including two tours with the Big Red One) and in educating and training soldiers and leaders. From 1997 to 2006, he worked at the Combat Studies Institute (CSI), Fort Leavenworth, KS, in the following positions: executive officer; Chief, Staff Ride Team; and Chief, Research and Publications Team. He currently works for CSI as a contracted research historian. Mr. Clay's published works include Blood and Sacrifice: A History of the 16th Infantry from the Civil War to the Gulf War and is co-author of CSI's Staff Ride Handbook for the Overland Campaign: A Study in Operational-Level Command.

This feature require that you enable JavaScript in your browser.
END_OF_DOCUMENT_TOKEN_TO_BE_REPLACED

This feature require that you enable JavaScript in your browser.
END_OF_DOCUMENT_TOKEN_TO_BE_REPLACED

This feature require that you enable JavaScript in your browser.
END_OF_DOCUMENT_TOKEN_TO_BE_REPLACED