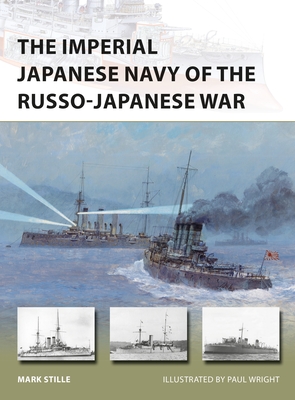 This is book number 232 in the New Vanguard series.

When the Imperial Japanese Navy destroyed Russia's battle fleet during the Russo-Japanese War, it marked the emergence of Japan as one of the world's major naval powers. Japan's navy had been built up over just two decades, with the IJN acquiring a fleet of modern foreign-built warships. Coupled with the IJN's leadership and high levels of training, this proved enough to destroy the fleet of one of the world's historic naval powers.

This book explains in concise detail the IJN's fleet of 1904-05, from its battleships and armored cruisers to the torpedo boats that launched "the first great torpedo attack in history," and outlines the history of the naval campaign against the Russian fleet.

This feature require that you enable JavaScript in your browser.
END_OF_DOCUMENT_TOKEN_TO_BE_REPLACED

This feature require that you enable JavaScript in your browser.
END_OF_DOCUMENT_TOKEN_TO_BE_REPLACED

This feature require that you enable JavaScript in your browser.
END_OF_DOCUMENT_TOKEN_TO_BE_REPLACED