Grouchy's Waterloo: The Battles of Ligny and Wavre (Hardcover) 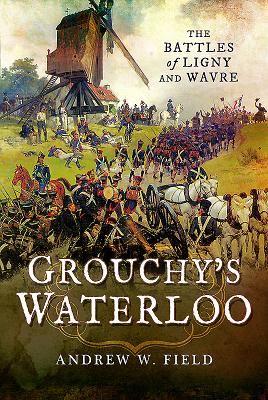 In this concluding volume of his highly praised study exploring the French perspective of the Waterloo campaign, Andrew Field concentrates on an often neglected aspect of Napoleon's final offensive the French victory over the Prussians at Ligny, Marshal Grouchy's pursuit of the Prussians and the battle at Wavre. The story of this side of the campaign is as full of controversy and interest as the battles of Quatre Bras and Waterloo which he has examined in such a penetrating and original way in his previous studies. Napoleon in his memoirs accused Grouchy, like Marshal Ney, of a series of failures in command that led to the French defeat, and many subsequent historians have taken the same line. This is one of the long-standing controversies that Andrew Field explores in fascinating detail. Grouchy's extensive description of his operations forms the backbone of the narrative, supplemented by other French sources and those of Prussian eyewitnesses.

This feature require that you enable JavaScript in your browser.
END_OF_DOCUMENT_TOKEN_TO_BE_REPLACED

This feature require that you enable JavaScript in your browser.
END_OF_DOCUMENT_TOKEN_TO_BE_REPLACED

This feature require that you enable JavaScript in your browser.
END_OF_DOCUMENT_TOKEN_TO_BE_REPLACED