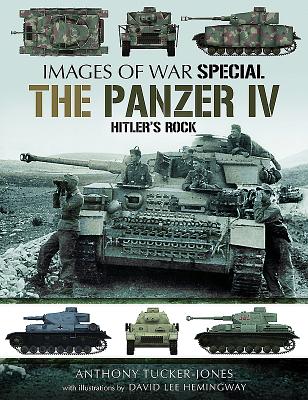 The Panzerkampfwagen Mk IV proved to be the one constant in Hitler's Panzerwaffe throughout the Second World War - the German equivalent of the American Sherman and the Soviet T-34. In this companion volume to his best-selling visual histories of the Tiger and Panther tanks, Anthony Tucker-Jones provides a concise account of the Mk IV's design, development and performance in combat. The Mk IV served on every major front, in France, the Balkans, North Africa, the Soviet Union and, at the end of the war, in Germany itself - it was a key weapon in the blitzkrieg attacks launched early in the war and in the later desperate defense of the Reich. Using over 150 rare wartime photographs, plus a selection of specially commissioned color, he describes how the initial design of the Mk IV was modified and refined throughout the course of the conflict to counter the threats posed by ever more formidable Allied tanks and antitank guns on the battlefield. While the Mk IV was never produced in the same numbers as the leading Allied tanks, it was without doubt one of the principal armored vehicles of the Second World War, and Anthony Tucker-Jones's highly illustrated history is the ideal introduction to it.

This feature require that you enable JavaScript in your browser.
END_OF_DOCUMENT_TOKEN_TO_BE_REPLACED

This feature require that you enable JavaScript in your browser.
END_OF_DOCUMENT_TOKEN_TO_BE_REPLACED

This feature require that you enable JavaScript in your browser.
END_OF_DOCUMENT_TOKEN_TO_BE_REPLACED