The United States Through Arab Eyes: An Anthology of Writings (1876-1914) (Paperback) 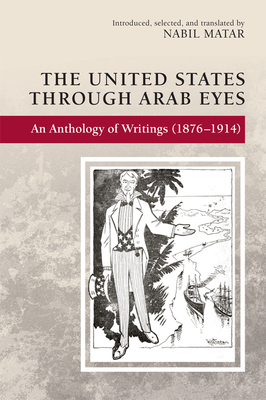 The first Arab immigrants to New York or Alaska or San Francisco were 'small' men and women, preoccupied with eking a living at the same time as confronting the challenges of settling in a new country. They had to come to terms with new race communities such as Indians, Chinese and Blacks, the changing role of women, and the Americanisation of their identity.

Their writings about these experiences - from travellers and emigrants, rich and poor, men and women - took the form of travelogues and newspaper essays, daily diaries and adventure narratives, autobiographies and histories, full-length books published in the Ottoman Press in Lebanon and journal articles in Arabic newspapers printed in Philadelphia, Boston, and New York. Together they show the transnational perspective of immigrants as they reflected on and described the United States for the very first time.

Nabil Matar is Presidential Professor and Professor of English, and Adjunct Professor of History and of Religious Studies at the University of Minnesota. He is author, editor and translator of numerous publications, the most recent being An Arab Ambassador in the Mediterranean World (1779-1787) (2015).

This feature require that you enable JavaScript in your browser.
END_OF_DOCUMENT_TOKEN_TO_BE_REPLACED

This feature require that you enable JavaScript in your browser.
END_OF_DOCUMENT_TOKEN_TO_BE_REPLACED

This feature require that you enable JavaScript in your browser.
END_OF_DOCUMENT_TOKEN_TO_BE_REPLACED