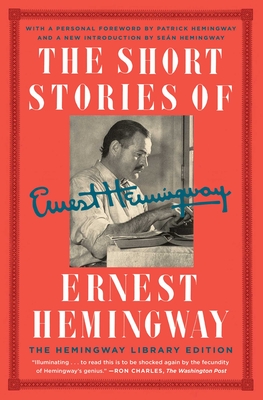 The fourth in the series of new annotated editions of Ernest Hemingway’s work, edited by the author’s grandson Seán and introduced by his son Patrick, this “illuminating” (The Washington Post) collection includes the best of the well-known classics as well as unpublished stories, early drafts, and notes that “offer insight into the mind and methods of one of the greatest practitioners of the story form” (Kirkus Reviews).

“Illuminating . . . to read it is to be shocked again by the fecundity of his genius. Writing one story that takes root in literary history is remarkable, but here is classic after classic.”
— Ron Charles, The Washington Post

"Essential for students of modern literature, offering insight into the mind and methods of one of the greatest practitioners of the story form."
— Kirkus

“Illuminating. . . it is undeniably fascinating to see how Hemingway swapped one word for another, or sliced and diced sentences.”
— Christian Science Monitor

“An essential book for consumers and aesthetes.”
— Idaho Statesman

“Serves as a fine introduction to readers unfamiliar with Hemingway… [and] also makes a fine addition to the libraries of Ernest Hemingway’s many admirers.”
— Washington Times

This feature require that you enable JavaScript in your browser.
END_OF_DOCUMENT_TOKEN_TO_BE_REPLACED

This feature require that you enable JavaScript in your browser.
END_OF_DOCUMENT_TOKEN_TO_BE_REPLACED

This feature require that you enable JavaScript in your browser.
END_OF_DOCUMENT_TOKEN_TO_BE_REPLACED