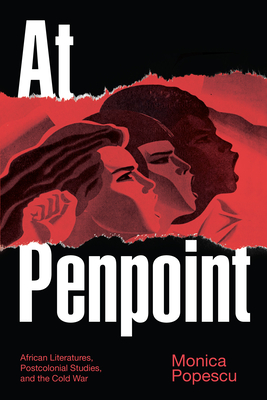 In At Penpoint Monica Popescu traces the development of African literature during the second half of the twentieth century to address the intertwined effects of the Cold War and decolonization on literary history. Popescu draws on archival materials from the Soviet-sponsored Afro-Asian Writers Association and the CIA-funded Congress for Cultural Freedom alongside considerations of canonical literary works by Ayi Kwei Armah, Ngũgĩ wa Thiong'o, Ousmane Semb ne, Pepetela, Nadine Gordimer, and others. She outlines how the tensions between the United States and the Soviet Union played out in the aesthetic and political debates among African writers and intellectuals. These writers decolonized aesthetic canons even as superpowers attempted to shape African cultural production in ways that would advance their ideological and geopolitical goals. Placing African literature at the crossroads of postcolonial theory and studies of the Cold War, Popescu provides a new reassessment of African literature, aesthetics, and knowledge production.

Monica Popescu is Associate Professor and William Dawson Scholar of African Literatures in the Department of English at McGill University. She is the author of South African Literature beyond the Cold War and The Politics of Violence in Post-communist Films.

This feature require that you enable JavaScript in your browser.
END_OF_DOCUMENT_TOKEN_TO_BE_REPLACED

This feature require that you enable JavaScript in your browser.
END_OF_DOCUMENT_TOKEN_TO_BE_REPLACED

This feature require that you enable JavaScript in your browser.
END_OF_DOCUMENT_TOKEN_TO_BE_REPLACED