Lucrative Targets: The U.S. Air Force in the Kuwaiti Theater of Operations (Paperback) 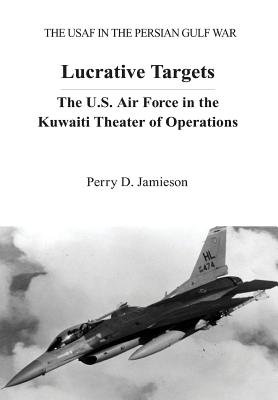 During the late 1970s, the United States began revitalizing its Air Force and other military services. By the close of the 1980s, America had built a force structure that stood ready for a test that, very fortunately, it never had to meet-a major war in Europe. The United States faced this dangerous possibility for more than forty years until, in 1989, the Soviet Union abruptly collapsed. Americans were still sorting out the implications of this sudden change in world affairs in August 1990, when Iraq invaded Kuwait and precipitated a crisis that led to the military conflict in the Persian Gulf. The U.S. Air Force found itself at war-although not the one it had prepared for, against the Warsaw Pact powers-but one against Saddam Hussein's heavily armed regime. This monograph is one in a series of five works dealing with various aspects of the Air Force's participation in Desert Shield and Storm. In two other volumes, William T. Y'Blood details the Air Force's deployment to the Gulf; in a third, Diane T. Putney analyzes the planning of the air campaign; and, in a fourth, Richard G. Davis discusses the air operations against targets in Iraq. As this monograph goes to press, the Air Force is passing through a dynamic period of reorganization and change. The era when a large USAF defended the United States against a single preeminent threat, Soviet aggression, has ended. During the years ahead, a smaller Air Force will support the interests of the nation, under diverse circumstances around the globe. While the U.S. Air Force continues to ensure that the United States has a global reach and can project global power, the service will greatly benefit from the lessons it learned during Desert Shield and Desert Storm.

This feature require that you enable JavaScript in your browser.
END_OF_DOCUMENT_TOKEN_TO_BE_REPLACED

This feature require that you enable JavaScript in your browser.
END_OF_DOCUMENT_TOKEN_TO_BE_REPLACED

This feature require that you enable JavaScript in your browser.
END_OF_DOCUMENT_TOKEN_TO_BE_REPLACED