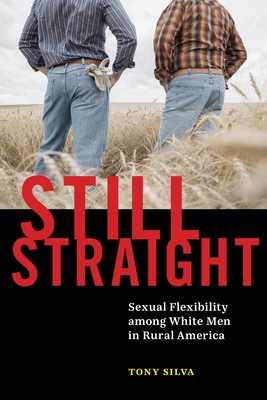 Why some straight men have sex with other men

Why do some straight men in rural America have sex with other men? In Still Straight, Tony Silva convincingly argues that these men-many of whom enjoy hunting, fishing, and shooting guns-are not gay, bisexual, or "just experimenting." As he shows, these men can enjoy a range of relationships with other men, from hookups to sexual friendships to secretive loving partnerships, all while strongly identifying with straight culture. Drawing on riveting interviews with straight white men who live in rural America, Silva explores the fascinating, and unexpected, disconnect between sexual behavior and identity. Some use sex with men to bond with other men in an acceptably masculine way; some are not particularly attracted to men, but are wary of emotional attachment with women; and others view sex with men-as opposed to women-as a more acceptable form of extramarital sexual behavior. Taking us inside the lives of straight white men who have sex with other men, Still Straight shows us that heterosexuality in rural America is not always, in fact, what it seems.

Tony Silva is Assistant Professor of Sociology at the University of British Columbia. His areas of expertise include inequality, gender, sexuality, rural sociology, and qualitative and quantitative methods.

This feature require that you enable JavaScript in your browser.
END_OF_DOCUMENT_TOKEN_TO_BE_REPLACED

This feature require that you enable JavaScript in your browser.
END_OF_DOCUMENT_TOKEN_TO_BE_REPLACED

This feature require that you enable JavaScript in your browser.
END_OF_DOCUMENT_TOKEN_TO_BE_REPLACED