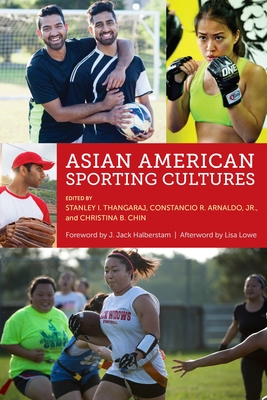 Delves into the long history of Asian American sporting cultures, considering how identities and communities are negotiated on sporting fields

Through a close examination of Asian American sporting cultures ranging from boxing and basketball to spelling bees and wrestling, the contributors reveal the intimate connection between sport and identity formation. Sport plays a special role in the processes of citizen-making and of the policing of national and diasporic bodies. It is thus one key area in which Asian American stereotypes may be challenged, negotiated, and destroyed as athletic performances create multiple opportunities for claiming American identities. This volume incorporates work on Pacific Islander, South Asian, and Southeast Asian Americans as well as East Asian Americans, and explores how sports are gendered, including examinations of Asian American men's attempts to claim masculinity through sporting cultures as well as the "Orientalism" evident in discussions of mixed martial arts as practiced by Asian American female fighters. This American story illuminates how marginalized communities perform their American-ness through co-ethnic and co-racial sporting spaces.

This feature require that you enable JavaScript in your browser.
END_OF_DOCUMENT_TOKEN_TO_BE_REPLACED

This feature require that you enable JavaScript in your browser.
END_OF_DOCUMENT_TOKEN_TO_BE_REPLACED

This feature require that you enable JavaScript in your browser.
END_OF_DOCUMENT_TOKEN_TO_BE_REPLACED