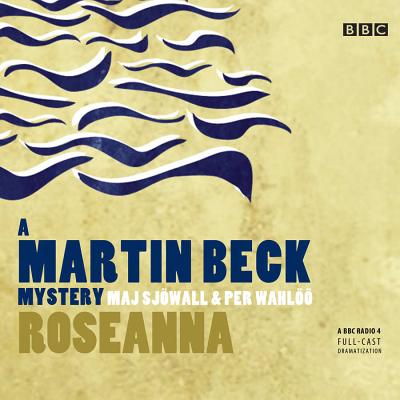 This is book number 1 in the Martin Beck Police Mysteries (Audio) series.

Steven Mackintosh stars as Martin Beck, with Neil Pearson as Lennart Kollberg, in this BBC Radio 4 dramatization of "Roseanna," translated by Lois Roth and dramatized by Jennifer Howarth.

In "Roseanna," adapted from the first book in the series, the body of an attractive young woman is dredged from the Gota Canal. Beck and his team have to narrow down the list of suspects from eighty-five cruise-ship passengers in an investigation that ends with a risky and frightening sting.

The Martin Beck books are widely acknowledged as some of the most influential detective novels ever created. Written by Swedish husband and wife team Maj Sjowall and Per Wahloo, the series set a gold standard for all subsequent Scandinavian crime fiction. Before Kurt Wallander or Harry Hole, Beck was the original flawed policeman, working alongside his colleagues to uncover the cruelty and injustice lurking beneath the surface of Sweden's seemingly liberal, democratic society.

This feature require that you enable JavaScript in your browser.
END_OF_DOCUMENT_TOKEN_TO_BE_REPLACED

This feature require that you enable JavaScript in your browser.
END_OF_DOCUMENT_TOKEN_TO_BE_REPLACED

This feature require that you enable JavaScript in your browser.
END_OF_DOCUMENT_TOKEN_TO_BE_REPLACED